Growing up, he survived on a diet of Martin Scorsese, Francis Ford Coppola, NYPD Blue, as well as Dean Martin and Jerry Lewis, all of which happily reside in the recesses of his mind in one part or another. The two films that created the desire in him to want to be an actor were “Angels With Dirty Faces,” and “Mr. Smith Goes To Washington.” He was so inspired by their performances that he then sought out every film from both James Cagney, and Jimmy Stewart.

He’s played the title character (a ruthless capo who wants out of organized crime so he can open up his own vinery) in Bill Sorice’s award winning short film VINNY VINO. He was later cast in Hughes William Thompson’s short film A NEW MAN which won the Cannes Lions Young Director Award 2014. He more recently appeared as “Moose” in Jean Pesce’s short film SO YOU LIKE THE NEIGHBORHOOD which was selected and premiered at the 2018 Tribeca Film Festival. The film was also shortlisted for the upcoming BAFTA Student Film Award.

As far as his stage work, he appeared at Theater for The New City as the religiously conservative father who has to deal with his son’s coming out to the family, in Gaspare DiBlasi’s full length play 50 THINGS I LOVE ABOUT FRANK. In February of 2017, he had the opportunity to bring an iconic character to life playing Willy Loman, in Playhouse 22’s production of Arthur Miller’s classic play DEATH OF A SALESMAN. He played the hard drinking, chauvinistic boss in Theresa Rebeck’s WHAT WE’RE UP AGAINST at The June Havoc Theatre here in NYC. He has performed his one-person show 3 EGG CREAMS, written and directed by George Cameron Grant, Off-Broadway in NYC’s famous Cutting Room, as well as in Asbury Park, Jersey Fringe in Hammonton, NJ, all to rave reviews.

He’s been told that everything he does has an intensity to it. His wife claims he even sleeps intensely. He has yet to confirm this for himself 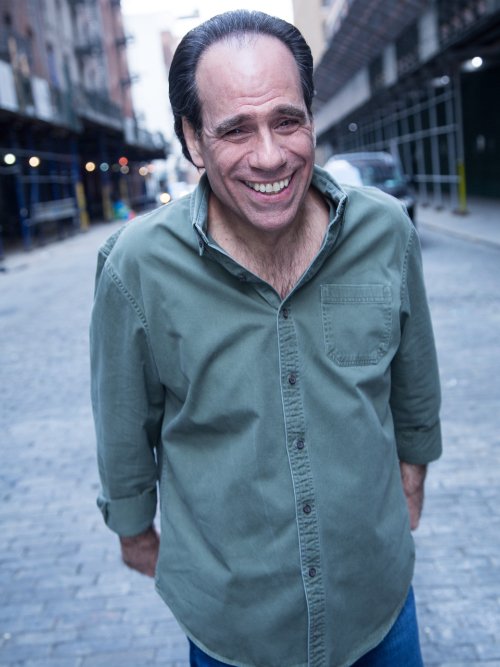