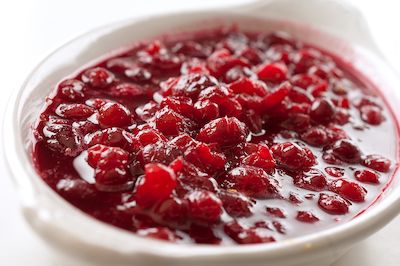 I had twenty-four people at my home this past Thanksgiving. As hard as everyone tried to communicate with each other to make sure no one doubled up on any side dishes or deserts, inevitably we ended up with three cranberry sauces. As the turkey was being served, and the side dishes were being passed, everyone began requesting the cranberry sauce. The funny thing was most asked for all three in order to conduct a taste test to see whose they liked best.

There are a plethora of companies, and individual coaches trying to get actors to become more business minded about their craft. One of the main skills they most speak of is how actors can best market themselves. The most crucial element when it comes to marketing for an actor is to understand and own their individual “essence.” Actors cannot market themselves successfully if they don’t. I began to recall this, and it was the impetus for my now sitting at the Thanksgiving dinner table imagining bowls of cranberry sauce morphing into actors.

What is essence? One of the things I thought of as the cranberry sauces were being passed around was though the main ingredient of each would undeniably be cranberries, they all would differ in the other, more subtle ingredients each maker decided to use in their interpretation of the dish.

So, is essence the individual ingredients that make up the impression we give off to others? Is it that vibe we feel from someone when they first walk in a room? Is it our “it” factor? Is it, on a deeper level, our spiritual nature? Yes, yes, yes, and yes! It is all those things, and more. Our essence is our very core. As actors, it is what attracts the outside world to what we do, as well as makes them desire to see what we’ll do next. Actors do not have the luxury to be nonchalant about their essence. We need to dig in and understand what it’s made of, and how it affects the world around us.

But there is a catch… YOU CANNOT MANUFACTURE ESSENCE. The dictionary defines essence as – “the basic, real, and invariable nature of a thing.” A more philosophical definition is – “Essence is our fundamental nature. Essence is the spirit, the heart, the soul of a person, the being of a person and the core.” We are incapable of manipulating our essence to be something it is not. We can, on the other hand, manipulate ourselves into believing our ego is our essence. If this is the case, then we as actors (or anyone for that matter) are dead in the water. “Self” is wrapped up in ego. Our essence relies solely on the concept of “no-self.” Some of you may have put the brakes on after reading that last sentence thinking, “Uh-oh, here comes the new age mumbo-jumbo.” The truth is the pursuit of “no-self” is not new, and has been around practically since the beginning of time. Eastern belief systems may call this the Buddha nature; Westerners may see this as God revealing Himself to Moses as “I AM.” To put it simply, the ego tries to sell us on an idea of who we are, whereas our essence IS who we are. There is a confidence that resides at the very center of our essence that is unshakeable, yet our egos desire so much external stimuli… verbal, physical, and every other type… in order to feel worth. Those moments of worth are only short lived because the ego is self-cannibalistic, it will feed upon itself every chance it gets; and at the same time seeks to be fed by outside forces over and over again. Our essence is not dependent on outer circumstances for anything. Nothing can be added or taken away from it. It just is.

Once an actor can understand this, and fully rest in it, everything they do will resonate positively with whomever they come in contact with. This is most true in the audition room. Why? If you allow your ego to lead the way into the room, it will instinctively seek out external gratification. It will create this forced need of desperately wanting to be accepted. Those in the room, whether consciously or unconsciously, will immediately sense that vibe, compelling them to close off to it (please note that I said “it,” not “you.”) However, if you walk into the room grounded in who you are, carried by your very essence, those in the room have no other choice but to want to plug into that and enjoy the ride. It is so important to remember that who you are is not defined by the audition you’re on. Your essence knows this to be true… your ego tells you otherwise. Understand that this is not a formula for booking a role. Every other aspect of the audition is out of your control. If you’ve been doing this long enough, you know that one thing can lead to another. So if you enter an audition room confident in what you bring to it, more often than not, whether or not you get cast, you will not be forgotten.

Entering a waiting area on an audition can be a daunting, and surreal experience. Many a time I‘ve walked into the outer office where I see a room full of guys who can be my clones. But that’s OK, because when that happens again, I’ll see a room full of cranberry sauces. Each one will have it’s own flavorful essence… and the actor that understands that best will have the greater advantage in the long run.

October 26, 2012
PrevPreviousLate to the Game
NextAs A Man Thinks In His Heart So Is HeNext
Menu
Copyright 2022 Vince Bandille – All Rights Reserved  |  Website powered by ActorWebs.com®