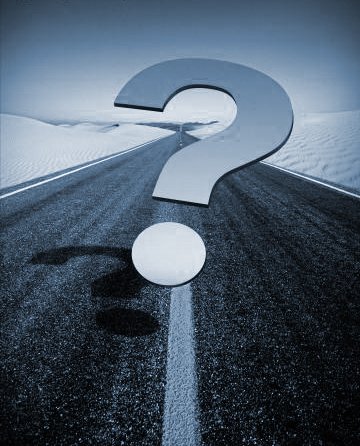 I have discovered a truth that is as old as time itself. This discovery took decades to become a reality in my life. In fact I never expected it to come at all. Before I tell you exactly what the discovery is, let me first tell you about what my life was like before it. I’ll sum it up in one word … CONTROL.

For the most part, there wasn’t a corner of my life I didn’t try and control. It started with the very first thought I had in the morning, and it would escalate from there. I would try to grab a hold of everything both internal, and external, and shape it so it fit my preferences. If I couldn’t shape it, I would use brute force by way of worry, fear, anger, or avoidance. I would also try to control things by being a people pleaser. I was pretty much a master at this one. People-pleasing is junk food for the ego. The ego is desperate for acceptance. It doesn’t care how it gets it. Depending on the type of person you are, you may either choose to feed your ego by controlling others, resisting others, or pleasing others. I won’t deny I dabbled in the former two as well, but my egos main diet was to do all it could to please everyone around me. I fell into the trap of saying “yes” to everyone and everything. If I could get someone on my side, if I could get them to like me, then I felt I could more easily control the circumstances that came up between us. I also felt I had greater control over who it is I thought I was. In being accepted by others, I tended to feel I then could accept myself without difficulty.

So, imagine walking around with this kind of mindset, and choosing to become an actor as my career path. For years, I approached acting the same way I approached everything else in my life… I had to control it. It had to turn out exactly as I had imagined it in my mind. If anything interfered in achieving that outcome, I would end up resentful, depressed, and an overall messy bundle of broken nerves. Auditions for me were nothing more than a desperate attempt to prove myself in the worst kind of way. I walked into every audition like a gorilla on crack. Hyped up on trying to figure out what they were looking for so I could give it to them (there’s that nasty people pleaser raising his head again.) I wasn’t enjoying the process of creating a character; I, instead, was forcing myself upon those in the room to accept me on my dysfunctional terms.

I’m sure there are those of you who may relate to some or all of what I’ve stated above. If so, then the same question must have run through your mind as it did mine, “Is there another way?” Yes, there is… and that other way is to let go of knowing. Please do not confuse the desire for knowledge, (which is a good thing,) with the desire to control your day-to-day existence by believing you have all the answers. In fact, when it comes to moment-to-moment reality, we are fortunate if we know anything at all. You see, all the forms of controlling I mentioned above stem from the false belief that you have a grasp of knowing everything that is going on in and around you at any given moment. In order for you to stop living in this way, you have to look at yourself in the mirror, and surrender everything by simply stating, “I DON’T know.” Think about it for a moment, when we are trying to control our circumstances, two things are happening…

1. You are creating unrealistic expectations, which leaves you closed off, and forfeits the spontaneity that comes with living in the moment.

2. You are left powerless, because all your energy is wrapped up in controlling things. This energy is spent on fear… fear of what it may feel like to not know, fear of not being in control. But the truth is, we were never really in control in the first place.

The way I came to this discovery was by reading the writings of Alan Watts on the power of “I don’t know” (or what some call the “don’t know” mind.) Alan Watts was a British born philosopher who popularized Eastern philosophy here in the United States. His view of the “don’t know” mind is that the more we try and cling to knowing, (which is another way of saying “controlling,”) the less energy we have to live in the present moment. Here’s the quote that blew me away, and opened my mind…

Can you get even a small glimpse of how significant this is? The desire to know everything (or at least fooling yourself into believing you do,) is ego. Ego wants to control all things, whether by pretending to know it all, or through scheming, or manipulation, it just wants to make sure it gets fed. Yet, when we live fully in the reality of not knowing, you no longer feed the ego, you are now feeding the spirit, and the spirit can only recognize and live wholly in the present moment. In the present moment, there is no need to control, or to please, or to worry, or to stand in judgment of others. We don’t have to battle with negativity. Everything in the present moment is complete… just as it is.

This “don’t know” mind is the place where the heart of an actor should live. Since discovering this for myself, I have also discovered a genuine joy for acting, a joy in creating, and I truly relish the process of getting to tell a story by bringing it to life. It is no longer all about “me,” (which is what it is for any of us who try and control everything,) but it is now instead about integrating a character into the fabric of a story in which I am simply a thread. This is where my focus lies. This has led to more work. Auditioning has become a great pleasure because I’ve let go of any effort on my part to impress others, and I achieved this by no longer attempting to have it all figured out. This has freed me to simply concentrate on the work I need to do, and nothing more. This has allowed others to be more relaxed, and open around me, and it has allowed me to take greater risks, without the neurosis.

If you don’t want to take my word for it, then perhaps you’ll appreciate it more from Daniel Day-Lewis. When asked how he felt about his work in “Gangs of New York,” playing Bill ‘The Butcher’ Cutting, his reply was…

“You never know, you just never know. If you’re doing the work, if you think you know, then something is not quite right. The further out on a limb you are, the further there is to fall, and that sense of precariousness is something that you have to live with.”

So, if “not knowing” is what fuels brilliant performances out of the likes of Daniel Day-Lewis, then we, as actors, as craftsmen, should all aspire to achieve the ability to live without feeling terra firma under our feet.